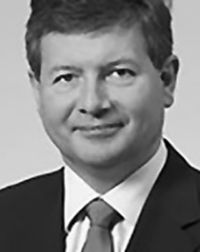  25+ years of CEO/CFO experience within large and medium-sized international organisations in the areas of B2B distribution/wholesale, computer hardware and software, services, cement, electricity generation/marketing and manufacturing, working in Europe, the United States, Africa, Asia and the Middle East

 Led and negotiated 10+ M&A projects over $100m value each, and 50+ smaller deals, from identification to the integration of target as well as negotiating the terms of joint ventures.

Specific Highlights:
• set up headquarters in the US and established a shared service centre for the US subsidiaries;
• prepared for an IPO (Initial Public Offering) and trade sale, during which time I had extensive contact with private equity (KKR, Cinven, Permira and others);
• participated in the sale of the group to a consortium of industrial and financial buyers, resolved remaining deal issues.

My main responsibilities included the delivery of the group audit plan and a strong emphasis on a large number of due diligence investigations and acquisition follow-ups for the group. I was promoted to CFO of VEBA Electronics after a thorough VEBA-led selection process.

Dick Borsboom joined CBA as M&A Adviser in Belgium in May 2019.

Master of Economics; Post Doctoral Chartered Accountant in the Netherlands and Germany