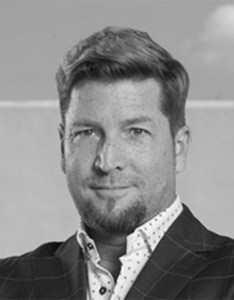 David Jones made a career as marketing consultant, producer and global media rights distributor, with an impeccable track record. With a background as extreme skier and skateboarder, he was introduced to the sports media industry some 27 years ago and considered as one of the early pioneers of professional extreme sports media communication. Today he is a worldwide respected media professional in the international sport and media industry, often quoted and interviewed in press and television. His goal always is to produce and deliver highest possible content of professional sports events and to communicate brands in a unique and acceptable manner to global media. The unconventional and creative approaches have proven to be widely successful and increased the international media interest for the clients. David’s credibility in the sports world helped him throughout his career as a key figure in the developments of special media strategies, the realization of productions and global distribution of over 1000 sport events worldwide. Famous examples are SWATCH Boarder Cross, SWATCH Wave Tour, FIS Snowboard World Cup, TTR World Snowboard Tour, ESWC World Cup, O’NEILL Cold Water Classics, PKRA Kite Surf World Tour and most recently all SPORTEL conventions.  David is CEO of OCEANWORX with HQ in Wilmingto, USA. The European office is located in Palma de Majorca, Spain. David joined CBA as Consulting Professional in October 2014.