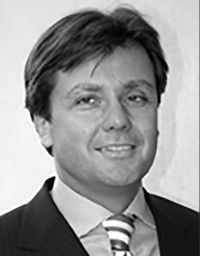 Gábor Szűcs was educated at the ELTE University Budapest, Gábor has started his career as a trainee lawyer at a state owned company in 1989. In 1990 he joined to the Law Firm Nr. 3. of Budapest as apprentice attorney-at-law. In 1991 he joined to STL Law Firm and mainly dealt with insolvency matters. In 1996 he established his own law firm and started to work as outside legal advisor of Philips Group in Hungary. He participated in various mergers and disentanglements affecting the global and local business of Philips. Between 2006 and 2010 he was a member of the presidency of the Budapest Bar Association. In 2008 he was appointed to the leader of 3 member team by Budapest Bar Association for consultation with Court of Registration Budapest.
Dr. Gábor Szűcs is member of the CEE Law Firms Alliance (CEELFA) www.ceelfa.com, and jopined CBA as Associated Legal Expert in August 2015.