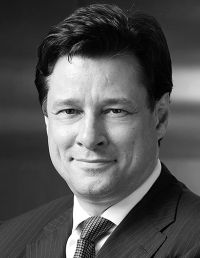 After his military service for the Belgian army in Germany, he entered in August 1989 in Generale Bank, the leading Belgian bank. He started with two years of general training in the main areas of the bank (1989-1991) then he joined the Corporate & Investment Banking division in Brussels as Financial Engineering Officer (1991-1994).

Beginning 1995 he was appointed as Country Risk Manager of Generale Bank in Italy (Milano). After the take-over of Generale Bank by Fortis Group, he became in 2000 CEO & Country Manager of Fortis Bank Italy. During this period, he developed from scratch different businesses such as Commercial Banking, Leasing, Factoring, Merchant Bank, Private Banking, Asset Management. He contributed in two acquisitions in Italy, one in leasing and one in factoring.

In July 2010 he joined GE Capital group as Chief Commercial Officer of GE Capital Italy, taking on the full responsibility for the implementation of the commercial strategy and the management of the sales teams for all business lines.

From September 2014 to March 2016 Renaud was in charge of leading the cross-border commercial development of GE Capital International for France, Italy, Iberia & Benelux.

Renaud is the official advisor for Economic and Foreign Trade matters of the Belgian Embassy in Rome.