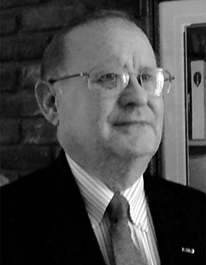 Educated at Benedictine College and the University of Nebraska with final degree of M.A. in Management. Mark has worked in the American insurance industry since 1972 and within the Russian Federation (insurance and consumer retail) since 1989.

Organized a Special Purpose Investment Vehicle for insurance company acquisitions as well as a marketing and consulting company in the Russian Federation and the Former Soviet Union that has introduced financial services and insurance, annuities and consumer retail non-durables.

• Established the American Insurance Consortium, Inc. to organise an investment fund (the Russian Insurance Consolidation Fund) and to develop insurance and financial services projects throughout Russia and the Former Soviet Union. Consultant to the Soviet Ministry of Fuel and Energy, the Russian Ministry of Finance, the Federal Insurance Inspectorate and Moscow State University with emphasis on insurance regulation and insurance operations and market development.

•Conducted insurance company organisation, development and financing in the Russian Federation with both agent-sales and direct marketing distribution systems. Principal adviser and consultant to the ROSNO Insurance Company (Russia) throughout merger with the Allianz Insurance Group, Germany.

Mark D. Mariska joined CBA in Stamford, USA as Consulting Professional and Expert on Russian affairs in May 2017.

• Author of more than 25 articles on insurance and marketing in Russia and a book on Russian insurance reform published by the Organisation for Economic Cooperation Development.

• California Gubernatorial appointment as a member of the Steering Committee, California Earthquake Emergency Task Force, which conducted a comprehensive review of disaster planning (providing a positive response to the 1989 and 1994 California earthquakes).

• Selected by the American Council of Life Insurance for its Executive-in-Residence Program, as Adjunct Professor in Organisation Theory, Middlebury College, Vermont.

• Service as a regular U.S. Army infantry officer with 10 years active duty and 19 years in the Army National Guard (retiring as a Lt. Colonel) and a graduate of the U.S. Army Command & General Staff College and the Industrial College of the Armed Forces.

• Organised and conducted market entry for Avon Products in Russia; Organised merger between the German Allianz Group and ROSNO in Russia.

• California Gubernatorial appointment as a member of the Steering Committee, California Earthquake Emergency Task Force, which conducted a comprehensive review of disaster planning (providing a positive response to the 1989 and 1994 California earthquakes).