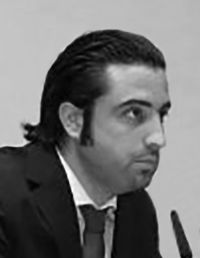 Marko Erdeljac has finished formal education on the best Business School in Croatia – Zagreb School of Economy and Management. His business path started during his college years in sales for publishing company Mate. There he started as a student worker, but in a couple of months, because of his hard work and good results, he climbed up the company ladder to a position of Sales Director, responsible for foreign markets (SEE Region). After finishing studies and because of his love for Capital Markets, he began to work for Erste Group Bank as a broker – first for stocks and in later years as sales manager for bonds and currencies.
Last year he decided to turn his career path to consulting and lobbying, and established the European Business Club – an organisation aiming to connect business people and companies from Croatia with business people and companies from Europe and the rest of the World.
Marko Erdeljac joined CBA in June 2015 as M&A Adviser.