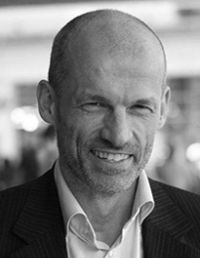 Mikael Dahlbeck started his academic education at the Umeå University in Sweden in 1982 studying Business Law, followed by attending the Swedish Institute of Management in 1989- 1990 studying Company Valuation and Applied Company-, Tax- and Audit Law as well as Financial Statement Analysis in 1990-1991.

Mikael's first employment was with Ernst & Young as Auditor, and in the same position with Arthur Anderson & Co. In 1988 he joined Beijer Capital as Manager Corporate Finance and from 1993 to 1997 he moved as Director Corporate Finance to Kepler Cheuvreux.

The next step in Mikael's career took him to Booz Allen Hamilton as Principal Corporate Finance/Portfolio Management (1997 - 2005). Then he went back where it all started: he became the Managing Director of Ernst & Young in 2005, from where it took him to his own Confidentia Corporate Finance. He is a member of the Swedish Financial Analyst Association.

Mikael Dahlbeck worked globally with focus on Sweden, operating from Stockholm, Sweden and Cascais, Portugal and joint CBA in May 2021 as M&A and Financial Advisor.