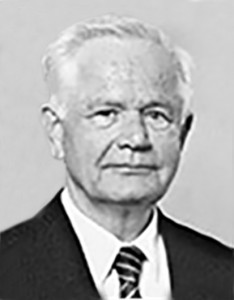 Education: Professor Dr. Manfred Baerns began his education with studies of chemistry, chemical technology, chemical reaction engineering in the years 1954 – 1959 at the Hannover Institute of Technology (University of Hannover), and made his Ph.D. degree in 1961 (Dr. rer. nat.) with the subject “Radial and axial gas mixing in fluidized-bed reactors”, followed by the Habitation in Chemical Technology in 1974 with the subject: “Effect of forced oscillations on mass transfer”.

What followed were Consulting activities for large corporations, like AMOCO (US) on oxidative coupling of methane (various patents), Hoechst AG on selective oxidation reactions, as well as due-diligence examination for SABIC, US with respect to a methane oxidation process.

In 2006 the Fritz-Haber-Institute called the Professor to become a guest scientist (Dept. Inorganic Chemistry) of Max-Planck-Society, which he executed until 2014.

Awards: Honorary Professorships at Humboldt University and Technical University at Berlin (1996); Titanium medal of DECHEMA for scientific achievements (1998); The WCOC award of 2005 in recognition of distinguished contributions to the science and technology of catalytic oxidation and long-time service as leader of the scientific community of catalytic oxidation (2005); Honorary membership of Leibniz-Institute for Catalysis at University of Rostock (2008).

Prof. Baerns joined CBA as Consulting Professional in May 2015.