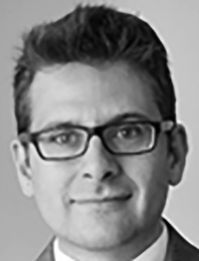 Roger Miralles is a financial economist with experience in banking, consulting and public sector (EU and regional) with focus on (dis)investments and financial modelling. Currently, he is working as Partner of Alternative Investments at Talenta Gestion since May 2014. Mr. Miralles was an investment analyst at Interparking Hispania from March 2013 to May 2014. Before, he was working at Puentis on corporate lending in Spain. Also, he collaborated with ABC et Associés providing financial advisory and M&A transaction services. He has professional experience on financing projects and companies. He is modeler being able to build a P&L, BS and CF for any project including project finance deals. He has the ability to analyze IRR of the cash flow of a project, know the value of a company, and build the financial structure equity/debt to finance it. He served as economic advisor for the government on public private partnerships on justice i.e. prisons and courts for the regional government of Catalonia, in 2012. For 2009-2012, he collaborated as Economist with Catalunya regarding healthcare investments and expenditure.

Talenta Gestión Agencia de Valores S.A.
Partner, Wealth Advisory and Alternative Investments05/2015 – present
•Manage 40M€ of Alternative Investments
•Fundraising 20-40M€ to invest in car parkings in Spain in freehold to lease to professional operators. Project finance will be considered for each SPV with 50% LTV
•Analyzed several deals in submitted NBO and BO to acquire assets and share deals for Siroco Capital Private Equity. 12.3M€ equity to invest in wind farms and mini-hydro in Spain, project finance analysis to finance the debt of the project
•Fundraising of 7M€ for a Spanish REIT residential buildings in Barcelona and Madrid, 50M€ equity, 50% leverage
•Closed the acquisition of offices: 3.5M€ Barcelona for a client, 5% yield
•Fundraising of 3M€ to create a holding to invest in optic fiber in Spain in small municipalities
•Leading the “Club de Inversiones Alternativas” (CIA): 200 investment projects analyzed per year