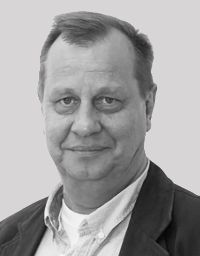 Vladimir G. Zarubkin has over 38 years of extensive practice in international business projects origination and development. His knowledge and vast experience in management in realisation on turn–key basis of a number of infrastructural projects in power generation, alternative energy, mining, constructions, railways, pipelines in combination with financial engineering solutions is unique.
Vladimir graduated in Moscow State University of Railway Engineering, his carrier he started as operative business engineer, senior engineer, expert, senior expert, deputy director at the Ministry for Foreign Trade of the USSR in 1975 and passed all stages including post graduation in Academy for Foreign Trade of the USSR & at Higher Courses of the Foreign Language until he was appointed as a Chief of a large Trade Corporation. After the Soviet Union in 1990 he decided to embark on a personal project.
In a short period he managed to setup a number of successful businesses and to become a financial and corporate advising expert, whose opinion has a recognized value by international investment community. Through the years of his business activity he has managed to grow a very large and efficient business network both domestically and overseas which provides the ability to build new alliances based on cross pollination of interests, business and culture.
Business carrier started as operative engineer/manager from 1975 in the Ministry for Foreign Trade of the USSR at All Union Trade Organization V/O “Tractoroexport”.
Vladimir joined CBA as M&A ADviser in June 2015.