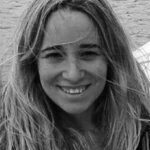 Diana, spent her early life in China, she is originally from Oporto. She returned and graduated from the University of Coimbra and was admitted to the Portuguese Bar Association in 2013. She has participated in various M&A transactions having gained a broad understanding in the cross-border corporate and commercial industry in various countries. Diana was also country manager of various tax consulting and Oil & Gas recruitment firms in Mozambique. She routinely advises international clients in double taxation matters, restructuring and M&As. She also advises in company set-up as well as in legalisation of foreign workers.