A success story in the IQF fruit and vegetable business, with the cooperation of Misr Bank Europe (MBE) 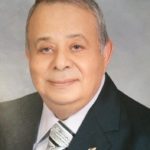 In 2008 former Investment Banker and Entrepreneur Dr. Abdel Wahid Soliman, who already founded his first company in 1979, started a business in Egypt with the aim to build up a fruit and vegetable IQF production in the Greater Alexandria Area. Misr Bank Europe (MBE) entered a business relationship at the very early days of GALINA and followed the progressive market entrance of the company. MBE at the beginning mainly pre-financed the receivables of GALINA towards the company’s European clients. GALINA, a family owned business, sells its products mainly to European, US and Middle East clients.
BY the end of 2017 GALINA adopted a plan with the support of MBE and other Egyptian banks to increase its productivity by building a new plant, cold storage and other facilities. MBE agreed to provide EUR-denominated term and working capital financing. To execute this plan, the company has stopped its operation partially during 2018. The new machines increased the productivity of the plant by 50%, tripled the company’s production capacity, and improved the existing ones. By February 2019 the new plant is working according to the original plan, the sales revenue by 2018 reached 146 million Egyptian Pounds and goods stored for about 17 million Egyptian Pounds and GALINA reported GP of about 20 million Egyptian Pounds.

Whether it is strawberries, artichokes or mushrooms – GALINA can produce more than 20 different products -, the quality of the GALINA products is well recognised in the market, which leads to new inquiries from large multinational groups.

MBE and GALINA have entered a broad agreement of cooperation, where MBE acts as financial advisor to GALINA for its further growth plans. MBE is the one and only Egyptian bank in Central & East Europe having a presence in the market since 1992 with its office located in Frankfurt am Main. As a bank incorporated under German law, MBE is fully licensed and regulated by the ‘Bundesanstalt für Finanzdienst-leistungsaufsicht (BaFin)’ and a member of the Association of German banks.

MBE’s core business is to support the trading activities of its clients between the MENA-Region and Europe. A specific focus is given to the business with Egypt. MBE provides services to exporters from Europe and Egypt by handling the respective documentary business and/or the issuance of bank guarantees.

For companies located in Egypt and exporting their goods to Europe, such as GALINA, MBE has developed a special financing product based on receivables. MBE provides direct financing to companies in Egypt and is also active as an advisor to investors wishing to enter the Egyptian market. In addition, MBE also acts as an investor in capital markets instruments and provides financing to special projects both in Europe and the MENA-region.