Announced sales bans would more than halve the world market 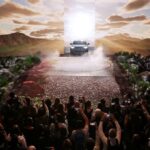 The new German government announces that it will only allow climate-neutral cars sooner than expected. A new study shows how drastically sales and registration bans will change the global car business. And what role China will play in this. In Europe, electric pioneer Norway wants to ban the registration of classically powered new cars as early as 2025, and in various EU countries such as the Netherlands, Ireland, and Denmark, such a ban is to apply from 2030.