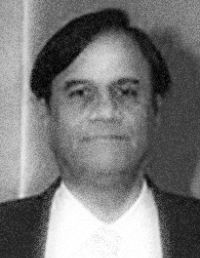 Bharat Merchant was educated at the Bhavan's College Mumbai & Hindu College Delhi University and was awarded an MA in Political Science & Economics. He received a BA in Economics from the University of Bombay, India (Bhavan’s College, Chowpatty Mumbai), and a Post Graduate Diploma in International Trade 1972-73 from Indian Institute of Foreign Trade in New Delhi, India, which is affiliated to the University of Harvard, USA, and the only premier institution in Asia to conduct Post Graduation in foreign trade.

The Indian Institute of Foreign Trade is among the first five Business Schools of India. Bharat also got a diploma in Business Management from Bhartiya Vidya Bhavan's S. S. Mass Communication and Media Institute Bombay.

Experience:
Bharat Merchant worked in all Senior Management Capacities from Professional Adviser, Consultant, Director, Managing Director & CEO mainly for international marketing, finance and trade companies, and from 1975 onwards for Indian multinational companies in India and in the African countries Kenya, Uganda, Tanzania, Ethiopia, Sudan, Nigeria, Zambia, South Africa, and in the Congo, as well as for 15 years with residential stay in Nigeria, Kenya, Zambia, Sudan, Ethiopia, and Congo.

Bharat worked from 1993 to 1997 in the Russian Federation and was Honorary Secretary of the Indian Business Association in Moscow from 1995-1997.

Experience & Gain in Indian Capital Market:
From 1990 till this date Bharat is very active in the Indian capital market, offered international tie-ups and added value to Indian listed companies, diversification, expansion, raised valuation, the foreign market entry with support and finance. He is offering support to raise capital with FDI, NRI foreign funds, Diaspora Financing India and African countries, latest with Rupee Bond, Green Energy Bond and Masala Bond and local Currency Bond for African countries with focus on Keny, Uganda and Nigeria, and with Global Bond Markets of Singapore and London, foreign tie-ups to up to raise capital finance, creation of foreign branch, subsidiary, foreign JV to market exports of Indian products and services in the USA, Europe, Singapore, African countries and the UAE.

Further activities are the support to market Indian products and services in the United States, EU, Russia and CIS, Middle East, with the creation of assembly processing in COMESA (Common Market of Eastern and Southern Africa), the economic union with 22 member countries and a population of 400 million with nil duty preference with local assembly/part manufacturing in African countries, with the support of local institutional finance for these assembly projects with a preference for Kenya, Ethiopia, Nigeria and Mauritius as gateway to the African continent covering East and Southern Africa and West Africa, too.

Bharat Merchant remains to be the active Director with an Indian listed company and has added value in their expansion growth and raising capital, diversification, exports and foreign tie-ups.

Green Energy, Renewable Energy.
From 2010 onwards Bharat explored Indian business opportunities for solar energy projects. In cooperation with Dr Tara Chandra Tripathi, the advisor Renewable Energy and Solar Energy World Bank and Private Corporations, with over 32 years in the field of solar energy (solar thermal and solar photovoltaic), encompassing R&D, testing and standardisation, policy and planning at the national level. Superannuated from Ministry of New and Renewable Energy w.e.f. 31st May 2009 after serving as Adviser / Scientist “G” and Head of Solar Energy Programs for 5 years.

Bharat has by now 15 years of experience in global exposure and E-waste solution, E-waste asset recovery projects for emerging countries including India. He was in the E-waste business, offered solutions, performed E-waste asset recovery, with sourcing, shipping, in this trade from 1998, namely in Atlanta USA (1998 to 2005), Malaysia (2005 to 2007), India (2008 to 2013).

Bharat Merchant has more than 4 decades of rich experience in international finance and marketing covering in the United States, Canada, Europe, Russia and CIS, African countries, Singapore, Malaysia & China, Dubai UAE, Iran and the Middle East. He covered a wide range of products and projects, with specialisation in the financing of Third World Countries, African countries, covering the market of COMESA, SADC & ECOWAS Trade Block Community.

Bharat served as Honorary Secretary of the Indian Business Association in Moscow, Russia, from 1992- till 1997. Later, during the disintegration of USSR into CIS Countries in 1992, he assisted the Indian Government to repay the bilateral debt of app. US$ 40 Billion, in Rupee counter trade, successful repayment of Indian goods with exports of goods and services without payment in foreign exchange. He has great expertise in organising counter trade.

Finally, Bharat Merchant is the founder, director and promoter of Danish Green Projects and Financing Advisers, Denmark. This company offers Innovative new technology and tie-up with focus on W2E (waste-to-energy) conversion of agro residue into bio-mass with financing from Denmark and Scandinavia.