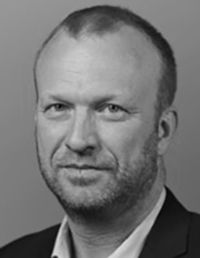 Christopher Friedel, educated in medicine at the University of Goettingen, graduated his Doctor Thesis with Magna Cum Laude 1996 at same university, and completed his Management Acceleration Programme at INSEAD in Fontainebleau, France. Christopher is a physician trained in Internal Medicine (Cardiology, Angiology, and Pulmonology) and practiced as Assistant Doctor in hospitals in Duesseldorf and Dresden for four years. He started his business career in January 2000 in the medical department of Sanofi. End of 2004 Christopher joined GSK to become head of marketing for Antithrombotics/ Cardiovascular in Germany and after one year also in Europe. For this role he relocated to Paris. He was involved in business development deals and due diligence procedures over a period of several years. Back in Germany in 2008 Christopher took over the respsonsibility for his employer’s Vaccine business. In 2010 he left GSK to set up the entity and a team of 10 in Germany for Human Genome Sciences. Following the acquisition of HGS by GSK, Christopher joined Sigma-Tau as Managing Director in Munich to relocate the business from Duesseldorf to Munich and restructure the organisation. After successfull completion Christopher moved on to Cubist Pharmaceuticals to set up their entities in Germany, Austria and Switzerland. With strong medical expertise, a proven record of building and establishing (bio-) pharmaceutical companies in Germany, and successful Change Management activities in several key positions over many years, Christopher became an effective team player in pharmaceutical corporations.

Dr. Friedel is a Consulting Professional at CBA, with special expertise in the pharma indutry and related business lines.