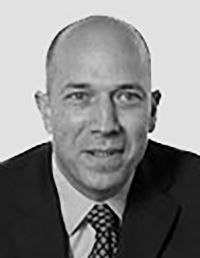 From 1989 to 1995, he acquires his first experience in the packaging industry as Managing Director with Frantschach AG (today: Mondi), a business generating 40 million Euros in sales, where he leads a heavy restructuring and turn-around case.

His next step takes him in 1999 to the position of Managing Director with M-real Deutschland GmbH, assuming responsibility for 700 million Euros in Sales and Marketing.

In 2006, Gettinger joins the Corporate Executive Board as Executive Vice President of M-real, and takes over responsibility of their Publishing business, where he develops and implements a new strategy, and executes significant cost reduction programs.

Gettinger expands his directorate to the Commercial Print business in 2007, combining it into a new Graphics business area with 9 mills and a turnover of 2 billion in sales.

As of January 2009 merge between M-real Graphics and Sappi, Gettinger became a Member of Sappi Fine Paper Europe’s Executive Board and officiated as Director of Procurement, Supply Chain and Specialities.

From 2012 onwards Gregory Gettinger focuses onto his biotech company, which he founded in 2002. Today Gregory also consults a wide range of companies in various fields. Besides the consulting business, he owns and manages his a very specialized biotech business, which focuses on converting minor grade feedstocks into biodiesel.