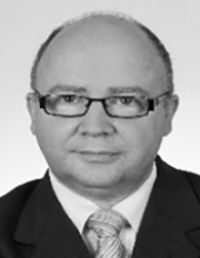 Kamil Rudawiec worked for Johnson & Johnson for almost 10 years, he served as a manager and CEO of several fast-growing companies in the healthcare industry. He was an adviser in the field of strategy and development through acquisitions on the Polish healthcare market for the largest Polish insurance and financial group (PZU SA Group). He specializes in rapid development as well as restructuring and growth based on previously developed strategic analysis assumptions.

Experienced and proficient in increasing profitability using targeted acquisitions and economies of scale.
For more than 10 years he has also run his own business consulting business, mainly in the area of mergers and acquisitions, restructuring and new technology transfer. He has extensive experience in building networks through acquisitions and is currently active on the M&A market in his home, broadly defined healthcare sector, but also in pharmaceuticals, construction, industrial projects, IT and automotive companies. He also supports the development of new ventures operating mainly on the Polish market and has a portfolio of acquisitions and start-up projects of various scales. He is also interested in projects from the whole Intermarium region.

Mr. Rudawiec is also a shareholder in a newly established multinational company (USM SARL) based in Dakar, Senegal, supporting companies in investing in the West African market, specializing in cross-border investments, mainly in mining and import-export projects.