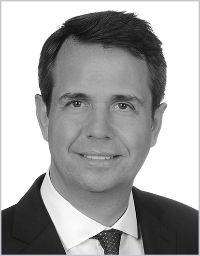 Michael is a corporate, M&A and securities Partner in the Munich Office of Dentons, the largest law firm in the world, with 7500 lawyers in almost 150 offices in almost 60 countries. Michael concentrates on cross-border M&A transactions for corporate clients. Besides the German legal market, Michael´s focus always was Asia. In addition to Hong Kong, China and Singapore, a substantial effort is dedicated to the Korean market. Michael advised on the first IPO of a German Company in Hong Kong.

Michael serves also as a member of the Working Group Compliance of the Law School of European Business School in Wiesbaden. Special areas of interest include Technology & Innovation, Aviation (Transport), generally industrial business like in the automotive market. His professional Network is based on contacts in the industry in mainly Munich, also in Frankfurt (the wider Rhine/Main Metropolitan Area), and London, Hong Kong, Seoul and Singapore. Michael´s work environment is truly international, despite personally being a Bavarian.

Michael is married and has a fantastic daughter (and a dog). He is 43 years old and lives in Munich, with both families and lots of friends. In his private life Michael is a skier and hiker, and has a long lasting passion for cars, usually nicely colored. Life close to the Alps is beautiful and provides enough opportunities for hobbies. Favorite places include Florida, South France, Italy (Lago di Garda), Hungary, and Austria. Michael supports Bayern Munich, living rather close to the Club in Harlaching. Favorite eating includes Italian food. Michael´s one missing milestone in life is getting a private pilot licence that he shall apply for over the next years.

The Legal 500 EMEA in 2011 reports “The ‘excellent’ Michael Malterer ‘makes things happen”, in 2010 that “Michael Malterer has a ‘great attitude towards his clients’ and the team’s ‘timeliness and quality of advice is first rate’.”, and previously described Michael Malterer as “responsive and effective” and “knowing what clients want”. German JUVE directory described him as leading a “centre for German Asian mandates”, part of a “powerful team of younger partners” and he has been mentioned as “often recommended” for various categories.