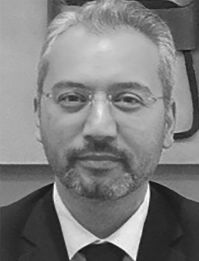 Gökhan Acar started his career at Arçelik A.Ş. as an International Business Development Specialist in 1997 and was promoted to Sales and Marketing Manager of Beko Poland S.A..

When he returned to Turkey in 2003, he established his direct marketing company, which he managed for 7 years. In 2010, he sold the company and became General Manager of the group. He joined the US-based consulting firm M&A as a senior advisor and worked there for two years. In 2012, he founded the Turkish branch of the Portuguese M&A advisory firm NBB and led it until 2015.

In 2015, he founded his own M&A boutique and corporate finance firm. He leads a 10-person team that provides M&A advisory, exit planning and fundraising services to middle-market companies in Turkey. His team enhances shareholder value through the application of exit planning strategies and assists companies in engaging with strategic and financial investors.

He advises individuals, companies and private equity funds on investing in companies with high growth potential. Gökhan Acar is an advisor and lecturer at KOSGEB (SME Development Organisation), where he advises SMEs on raising strategic growth capital, increasing enterprise value and exit planning. He is a guest speaker at various business associations.

He is married and has one daughter. His hobbies are sailing and basketball.

Gökhan Acar joined CBA as an M&A advisor in Istanbul in January 2016.