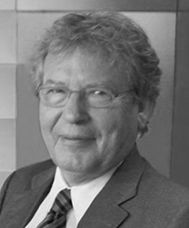 Born in Hanover, Germany, Gundo Kahle is the CEO of CBA International since 2015. He began his business career in publishing, was Founder, Co-founder and Administrator of several international companies, and has 45 years of experience in business development on four continents (Europe: Germany, Belgium, Spain, Portugal – The Americas: USA, Brazil - Asia: UAE, KSA, Kuwait, Jordan, Iraq – Africa: South Africa). He is a senior executive with solid marketing and sales background that has led marketing and sales teams across various markets of the world.

Prior to joining CBA as CEO, Gundo was co-founder and Managing Director of NBB, leading the Europe-based M & A Advisory franchise network for 10 years. He was responsible with his team from 2004 to 2013 for expanding the company to 32 countries with a network of over 80 partners. Gundo participated in Mergers and Acquisitions already before the Millennium, but most transactions were managed and accompanied in the new Century, including cross-border deals that he successfully coordinated and helped to close.

Apart from being in publishing, he has expertise in marketing, e-commerce, trading and franchise expansion, where he was mainly rolling out products and services in markets like the Middle East, Europe and South Africa. He has also been responsible for developing and setting up publishing products for a number of clients in Germany, Belgium, Kuwait and South Africa, launching and managing companies in M&A and Business Intermediary, as well as building databases and publishing Business Directories and Magazines: Intratex (1968), Worldtrade International Magazine of Fairs and Exhibitions (1969), Time Out Magazine SA (1971), Globe Switzerland (1976), Kuwait Business Directory (1978), World Trade - The First Arab Business Directory (1980), Al Jisr Arab-German Business Magazine (1986), eurobase - European Business Database - the first online database of 4 Million companies in the European Union (1995). Kahle called one of his his greatest achievements having his WORLTRADE Directory selected for cultural preservation in the Library of Congress.

He works in M&A since 2001 and developed a strong network within search and media in the markets where he has served. He has made several strategic partnerships, both on the sales side as well as on the user side with renowned players like Lufthansa, IBM, and the EU.

A recognised authority on global online marketing and in the expansion of licence and franchise systems, Gundo appeared as a speaker, was interviewed and had been featured in various magazines and business publications.

He founded CBA Cross Border Associates in 2015 and built this Global Alliance of more than 320 M&A, Legal and Tax Professionals by early 2022, becoming the most widespread M&A network of its kind in the world.

In 2021 Kahle joined forces with VR BUSINESS SALES M&A, founded in the late Seventies to become one of the largest network of business sellers in the US, to create the Exclusive Global Alliance of M&A Advisors.

Played the violin, raised five children and travelled the world.