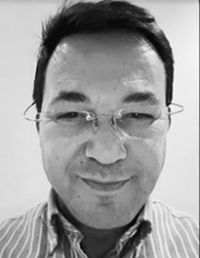 Mário calls himself 'A curious engineer'

In the 60’s Mozambique was a Portuguese colony were Mário's family had a comfortable and stable life. He was born in Beira a nice city by the sea where he had a great childhood. Due to the revolution in Portugal in 25 of April 1974 many social and economic changes happened and in October 1975, his family moved to Portugal., which was a major change in their lives. They moved to Guimarães and at the beginning everything was quite different, but the family adapted quite well.

Mário have always been curious about technical things and he decided to take a degree in industrial electronics engineering. On the first years of his career, he worked as project engineer in automation. Thereafter he moved for a commercial role selling PLC’s and instrumentation.

In 2000 he joined Emerson as a sales engineer for the instrumentation area two years later he moved to systems and projects and became key account manager of some important customers such as Dow, Unilever, Nestle, Solvay, Hovione.

Mário became increasingly more interested on the area of renewable energies and in 2007 with a partner founded a biodiesel plant. He has been also involved in studies of new possibilities on the gasification of bio-wastes and new residue treatment and recycling technologies.