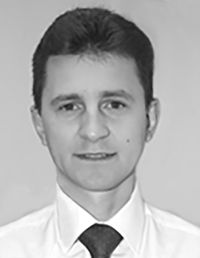 In 2000 Oleksiy Zaborovets finished the European University of Finance, Information Systems, Management and Business in Kiev, Ukraine with a focus on Finance and Management. In 1999 he started his banking career as an Economist at Corporate Loans Department of JSC Privatbank (Poltava, Ukraine). Later in 2001 Oleksiy became the Head of Corporate Loans Department. From 2003-2006 he served as Regional Representative of Raiffeisenbank Ukraine in Poltava region, where he spearheaded the opening of a regional office in Poltava and engaged in customer base formation, lending to small and medium sized businesses, staff recruitment and training, and promotion of the bank in the region.

From 2006-2012 he served as Regional Director of Cental Ukrainian Directorate of OTP Bank. There he was responsible for business coordination and management of the OTP Bank activity in the Kharkov, Poltava, Cherkasy, and Chernihiv regions of Ukraine. In 2012 Oleksiy joined the Amarant Group team in agricultural production and trading. As Chief Financial Officer he was responsible for the M&A activities of the Group, overseeing the financial direction of the company and mitigating all potential risks.

From 2014 he started to work as independent financial advisor. His fields of activities are consulting for financial and organisational structure of the companies, financial management, budgeting, banking relations, investments, and M&A processes. That included preparing companies for investments, for M&A and for banking loans, crises management, business optimisation (operational cost optimisation, stuff and processes optimisation), as well as registering and supporting of non-resident companies, offshore consulting, futures and FOREX trading.