Buying a business: Who owns your target’s IP? 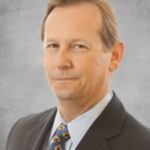 Intangible assets such as intellectual property (IP) can’t be seen, touched, or physically measured, but they can provide huge competitive advantages. During the due diligence stage of your acquisition, it’s essential to research your target’s IP - including patents, copyrights, trademarks, and trade secrets. Ownership could be subject to dispute and even pose the risk of litigation.

Begin your investigation by identifying key technologies, processes, or products your target company has developed or uses. Then examine which patents have been issued to it and those for which it has applied.

As part of your analysis, determine if the patents protect key technologies or only minor aspects of them. If the latter, competitors may be able to bypass certain patent protections.

Also, learn if:
• Any patent applications are provisional - these can be useful placeholders for future nonprovisional filings;
• Patent applications have been filed in all the countries where the company does business;
• Any of these foreign applications have expired;
• Any licenses of third-party patents will be required to use your target’s patents;
• Any royalties will be owed for past or future use of third-party patents;
• Documentation exists proving that all patents’ inventors formally assigned the patent to the company.

This last point can be particularly troublesome if the inventor has since left the company. Copyrights harbor similar risks. Companies working with independent contractors may fail to ask developers to sign agreements that release rights to IP on which they’ve worked.

Unless you have this kind of agreement, the work product legally belongs to the contractor, and you may have to pay a fee to use it. One particular area of concern is computer software, so be sure the proper licenses are transferable for proprietary software.

Trade secrets include formulas, practices, processes, designs, instruments, patterns, or a combination of information used to gain an advantage over competitors.

Determine if your potential acquisition has employee or contractor secrecy agreements, nondisclosure agreements with potential customers or partners, and licenses with customers that restrict the use of proprietary information. For trade secrets to be enforced by a court, the information must be kept secret and made available only to those who require access to it.

Also, ensure that the company has safeguarded trade secrets that can be accessed on information technology systems. Passwords should be changed whenever a person with access to trade secrets leaves the company.

Licenses come in two forms: 1) licenses that give your target access to another company’s IP, and 2) out-licenses that the target issues to third parties. Licenses should have favorable terms and be transferable to you as the new owner.

Ensure your acquisition target isn’t in default on any licenses, that licenses aren’t expiring soon, and can’t be terminated by the issuer without cause. Also, the issuers should provide your target with timely updates on licensed information.

Out-license agreements shouldn’t be written so broadly that it will be difficult for you to capitalize on them. This could include unlimited use by a large customer or exclusive arrangements with distributors.

These are only a few of the many potential issues surrounding IP. If it’s a valuable aspect of the company you plan to acquire, spend time ensuring the business owns what it says it owns. Intellectual property experts can walk you through this often complicated and time-consuming process.