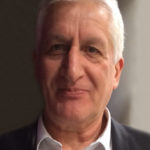 CBA has taken the decision to extend its portfolio by offering a worldwide Executive Search service headed up by Martin Hamilton.

Executive Search (informally called headhunting) is a specialised recruitment service which organisations pay to seek out and recruit highly qualified candidates for senior-level and executive jobs. Head hunters may also seek out and recruit other highly specialised and/or skilled positions in organisations for which there is strong competition in the job market for the top talent.

The method usually involves commissioning a third-party organisation, such as the Executive Search arm of CBA Associates, to research the availability of suitable qualified candidates working for competitors or related businesses or organisations.

Executive Search professionals are involved throughout the hiring process, identifying a shortlist of qualified candidates who match the client's requirements, conducting detailed interviews and presenting candidates to clients selectively, when they feel the candidate meets all stated requirements and would fit into the culture of the hiring firm. The executive search firm may also carry out negotiations on remuneration and benefits, and preparing the employment contract.

Born in England and educated at London University with final degree in Education, Martin moved into the recruitment industry in 1984 where he has spent the last 28 successful years, recruiting at the highest levels and in a variety of markets across Germany and the rest of Europe. He has also recruited in Hong Kong, Canada, Russia and Singapore.

Martin has been living and working in Germany since 1992 and speaks fluent German, too. He joined CBA in January 2017 as Consulting Professional in cross-border Executive Search.