Challenges in the Global Automotive Market 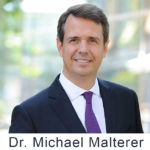 Over the past years, the automotive industry has been showing steady market growth despite challenges. Global automotive car sales growth continued to run 89.5 million in 2015, with Europe recovering, and China, India and the US managing record sales. This figure is expected to rise to 100 million shortly.

There are only a handful of industries that show such an enormous and diverse potential and at the same time face such an array of economic and legal challenges as the automotive industry, whereas the electrification of the powertrain, the car digitalization and connectivity, and the autonomous and semi-autonomous driving are considered the most important aspects of this development.

Although currently only 0.5% of delivered cars are electric and merely another 3-4% are hybrids and other alternative powertrains (such as hydrogen fuel cells), their share will rapidly increase to 30% in the years to come. The Volkswagen Group, for example, is going to launch over 30 fully electric vehicles by 2025 and expects to sell two to three million pure electric vehicles per year. The main markets may be USA and China with US, Japanese, Korean and certainly German companies playing a major role.

New supply chain (and M&A activity) for batteries, charging stations, purchase and storage of energy, and generally all new technology and infrastructure, is expected, but at the same time traditional suppliers will probably lose revenues due to the decreasing demand for conventional car parts. While technology companies (and not car producers) will drive much of the market and earn the right to win, traditional suppliers and also traditional dealers and workshops will lose revenue. Wear and tear is expected to further reduce. Knowhow of workshops needs to reach higher sophistication.

The technology and software providers are also the key players in the digitalization (i.e. applications, infotainment and communication in the car) and the connectivity of the car with other cars and with its environment. While the technology companies and telecommunication network providers will largely benefit from the new technology applications as well, car producers may not necessarily participate in both earnings and user experience. Therefore, car producers already upgrade their sales models to create innovative and creative multi-format contact to the customer, and to lift brand experience and customer interaction on new levels.

As the purely legal aspects are concerned, deals in the digital world are quite different from the ones in the traditional sector, and in addition to the usual M&A aspects, participants will have to pay particular attention to such questions as valuation, talent retention, and deal integration. The main challenges in the digitalization and connectivity field still are data security, stability of the network, and speed of data.

Autonomous and semi-autonomous driving is another key milestone in the global automotive industry although properly working autonomous vehicles are unlikely to be commercially available before 2020. While traditional car producers focus on semi-autonomous vehicles, Apple and Google are already working on “stage 5” autonomous vehicles – cars without steering wheels and pedals, and mainly focus on getting access to and profiting from the time of the driver. Advanced driver assistance systems (ADAS) will play a crucial role in the transition period to prepare policy-makers, customers and business for the reality of the cars taking over control from the drivers.

Although globalization is practically over, the automotive market still offers opportunities for certain countries that are willing to create new own industry and give access to its markets, and to grant investment subsidies to companies relocating their production. Likewise, certain countries provide unique opportunities to the automotive industry (such as access to developing markets).

Despite the general trend, the automotive market in Europe faces new challenges after the Brexit. From a British perspective, the EU market remains highly attractive due to its political and economic stability, but the country will lose its unrestricted access to the single market and its ability to influence EU legislation in the automotive sector. On the other hand, it is in the interest of the EU to maintain access to the large UK market. As a whole, most car industry participants hope to keep the status quo before the Brexit.