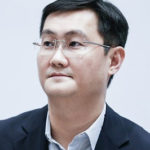 China's technology and gaming giant, Tencent, has been proclaimed as the world's 10th biggest company, surpassing America's financial magnate, Wells Fargo. In 2016, Tencent's stocks rose by to up to 43 percent higher than the previous year, and ultimately yielded a market value of more than $279 billion.

Although it is barely operating outside mainland China, Tencent has been able to join the business elites of the world primarily because of universally used apps that it develops like WeChat.

According to Fortune, Tencent's success is primarily attributable to its savvy and hassle-free payment system, a feature that most investors are looking for, hence the interest of many in the company. Fortune stated that in December last year, Tencent made 600 million transactions in one day. On this year's Chinese New Year, 14 billion transactions of messages, emoticons, and calls were recorded using its many platform services.

Recently, Tencent acquired five percent of the shares of Tesla for a whopping sale price of $1.8 billion in the hope of further expanding its assets and properties. Apart from this, Tencent has also invested quite a hefty amount in Didi Chuxing.