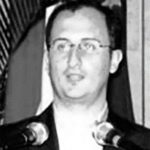 Within the first four months of 2016, Chinese companies have acquired an interest in strategic sectors and significantly raised the level of international trade

Business ties between Albania and China are strengthening as Chinese companies acquire players in strategic sectors of the Albanian economy.

In addition, China emerged as the second-largest trading partner for Albania during March, accounting for 7.7 per cent of the country’s total international trade, leaving behind traditional trading partners like Greece and Turkey.

The latest moves seem to show a growing Chinese ambition to control strategic sectors of Southeast Europe’s economy. That ambition has already borne fruit in Albania during the opening months of 2016.

In March, Canada's Banker's Petroleum announced the sale of oil exploration and production rights to affiliates of China's Geo-Jade Petroleum for a price of €384.6 million.

Banker’s started to exploit the Albanian oil fields of Patos-Marinze and Kucova in 2004, and since 2014 it has been the largest foreign company in the country. Now the Chinese will hold those drilling rights.

On April 26, China Everbright and Friedmann Pacific Asset Management announced the acquisition of Tirana International Airport SHPK, which operates the Albanian capital’s major airport. The group will take over the airport until 2025, with a two-year extension to 2027 after approval from the Albanian government.

The purchase was made public after the government of Albania and the airport’s shareholders agreed to end the airport’s monopoly on flights, which had been upheld since 2004.

Though a second Albanian airport is scheduled to open for service soon, Tirana will remain the most important transport hub. It is one of the fastest-growing airports in Europe, with annual passenger rates rising from 600,000 in 2005 to two million in 2015.

Albanians remember the strong relationship that the isolated communist country had with China during the 1970s and the investments which came as a result. But today, not all are enthusiastic about the return of Chinese investment.