Dr Renaud Simons has joined our Global Alliance in Italy 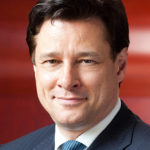 In July 2010 he joined GE Capital group as Chief Commercial Officer of GE Capital Italy, taking on the full responsibility for the implementation of the commercial strategy and the management of the sales teams for all business lines.

From September 2014 to March 2016 Renaud was in charge of leading the cross-border commercial development of GE Capital International for France, Italy, Iberia & Benelux.

Renaud is the official advisor for Economic and Foreign Trade matters of the Belgian Embassy in Rome.