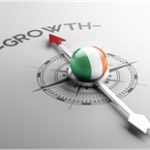 The Government has recently relaxed the foreign direct investment (FDI) norms in various sectors such as Single-Brand Retail Trading, Civil Aviation, Construction Development and Power Exchanges, etc. to provide ease of doing business in the country. These amendments were published by the Press Information Bureau of India on 10th January 2018.

In the Consolidated FDI Policy 2017, the Department of Industrial Policy and Promotion (DIPP) has stated that foreign investment in Single Brand product retail trading is aimed at attracting investments in production and marketing, improving the availability of such goods for the consumer, encouraging increased sourcing of goods from India, and enhancing competitiveness of Indian enterprises through access to global designs, technologies and management practices.

In single brand product retail trading sector (Sector), foreign retailers apply for setting up of single-brand retail venture in India, which receives FDI for the purpose of carrying out single-brand product retail trading. Foreign retailers also purchase/source certain goods, raw materials and other requirements from India for manufacturing their end product and for their global operations.

As per the earlier policies and norms, the Government had allowed 100% FDI in this Sector and single-brand foreign retailers could set up their retail venture in India via automatic route up to 49% FDI and Government route beyond 49%. Alternatively, foreign single-brand retailers mostly sourced/purchased goods or raw materials from India instead of setting up retail entities here. In such cases, retailers had to comply with the mandatory requirement of 30% of sourcing/purchases from India (Norm).

But now, the Government has not only allowed 100% FDI in this Sector via automatic route (which is likely to save a lot of time and paperwork in getting clarifications and approvals from the DIPP), but also liberalized the Norm by allowing overseas retailers to delay having to meet the mandatory 30% local sourcing Norm by five years, beginning April 1 of the year of the opening of first store in India. After five years, the single-brand entity would have to meet the Norm towards its India operations on an annual basis. A few experts have opined that the same entity, therefore, will be involved in both the retail and sourcing businesses, which is a deviation from how most international brands operate.

But confusion may lie with regard to those foreign brand retailers in India who do not indulge in sourcing from India for global operations but have set up retail entities in India for single brand retail trading. Such companies are also now seeking such relaxation in the Norm on the grounds of making ‘state-of-the-art’ or ‘cutting edge’ products. A few experts have opined that such companies seeking exemption on the basis of making ‘cutting-edge’ products will have to take approval from the Government.

Various companies have reacted positively to this move of the Government stating that with the easing of regulatory approvals, the doors may open to more foreign investments in India, invoke healthy competition in the market, generate employment and give Indian consumers access to several international brands.

Foreign airlines may now invest in Air India up to 49% of its paid-up capital, under Government route provided that this limit shall not exceed, and that substantial ownership and effective control of Air India shall continue to be vested with Indian party.

Foreign Institutional Investors (FIIs) and Foreign Portfolio Investors (FPIs) may invest up to 49% under automatic route in Power Exchanges through both primary as well as secondary markets in India.

2)            In sectors where FDI is made in an Indian company, engaged only in the activity of investing in the capital of other Indian companies/ limited liability partnerships and in the core investing companies-

3)            Investments in automatic route sectors from Countries of Concern including Pakistan and Bangladesh- such FDI applications would be processed by the DIPP for Government approval and not Ministry of Home Affairs.

4)            The Government has sought to amend the definition of ‘medical devices’ as contained in the FDI Policy and has also decided not to refer to Drugs and Cosmetics Act 1940 for the same.

5)            The Government has sought to add to the FDI Policy, that when an investee company receiving FDI, appoints an auditor, then the foreign investor may also specify any audit firm having international network to conduct a joint audit of the investee company wherein one of the auditors should not be a part of the same network.

While introducing the aforesaid amendments, the Government has stated that these changes would lead to larger FDI inflows contributing to growth of investment, income and employment in India.