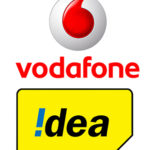 Buoyant on the mega Vodafone India-Idea Cellular deal and a strong economic outlook, Indian M&A deals rose 23 per cent to $15.8 billion during the first quarter of the calendar year from the year-ago quarter. However, the number of deals stood at 252, almost the same as 253 deals during the same period last year.

The mega deal - Vodafone India and Idea Cellular for more than $11 billion – accounts for early 74 per cent of the total disclosed deal value in the quarter, barring which the total deal value was $4.4 billion. The diversified industrial products sector led the M&A activity in terms of volume, accounting for 31 deals ($533.4 million), according to an EY report.

“The deal environment looks conducive on the back of a strong economic outlook, and healthy capital markets, accompanied by the Indian Government’s increasing focus on improving infrastructure and expanding digital reach across the country. Though global buyers are expected to be selective, owing to ongoing global geopolitical issues, their interest in Indian businesses will remain alive as they look for growth opportunities outside the US and Europe,” Amit Khandelwal, Partner and National Director, Transaction Advisory Services at EY said.

“With respect to the outbound investments, cash-rich Indian players will continue looking for opportunistic buys with an aim to seek access to new technology and markets,” he added.

On the other side, the telecommunications sector dominated in terms of deal value, owing to the announced Vodafone-Idea deal.

In the quarter, domestic activity remained the key contributor to M&A activity in India, accounting for 87 per cent and 67 per cent of the total disclosed deal value and volume, respectively. Domestic deal value increased to $13.8 billion from $5.2 billion recorded in the year-ago quarter, largely on Vodafone-Idea merger.

Barring it, the domestic deal value stood at $2.2 billion. Other sectors that witnessed consolidation include diversified industrial products, technology and retail and consumer products. With expansion to acquire scale becoming a critical element of Indian corporates’ strategy agenda, consolidation deals are likely to gain further prominence across sectors.

Cross-border M&A activity slowed during the quarter, both in deal value and volume terms. While, the deal value declined to $2 billion from $7.7 billion in 1Q16, deal volume weakened to 83 deals from 104 deals.

Within the cross-border market, inbound activity moderated. Deal value decreased by 51 per cent to $539.8 million in 1Q17 and deal volume reduced to 42 inbound deals from 51 deals. The diversified industrial products sector dominated on the inbound front with 10 deals having a cumulative value of $224.3 million.

The outbound activity also recorded a decline. While the first quarter registered 41 outbound deals with a disclosed deal value of $1.4 billion, the year ago quarter had clocked 53 deals totaling $6.6 billion. The technology sector sustained its leadership in terms of deal volume, recording 11 outbound deals.

In terms of value, the automotive sector took the lead owing to the largest outbound deal of the quarter — €571 million acquisition of 93.75 per cent stake in Finland-based PKC Group Oyj by Indian auto parts maker Motherson Sumi Systems. Strong bilateral relationship with the US in terms of M&A continued this quarter as well.

The US was the most preferred cross-border partner to India with 28 deals (12 inbound and 16 outbound) with a total disclosed value of $449.9 million.