Majority stake in Studio Babelsberg AG (Berlin) to be sold off 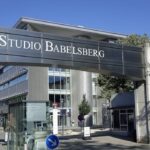 The company TPG Real Estate Partners wants to buy a majority stake in the film production facility Studio Babelsberg AG. The chairman of the board, Carl Woebcken, sees advantages in the network and in the financing possibilities.

The film production facility Studio Babelsberg in Potsdam is to be sold by majority. An agreement to this effect has been reached with the company TPG Real Estate Partners (TREP), Studio Babelsberg AG announced on Friday night. A public offer for all shareholders of the company is to be made in the coming week. Studio Babelsberg's board of directors and supervisory board want to support the purchase. Newspapers had already reported about the intention to sell in the past weeks.

CEO Carl Woebcken said: "On behalf of the entire management team, we welcome and support TREP's investment in Studio Babelsberg AG. TREP's network and financing capabilities, as well as Studio Babelsberg's solid business foundation, will strengthen our position as a leading production location in Europe worldwide."

Founded in 1912, Studio Babelsberg claims to be the oldest large-scale studio film studio in the world and the cradle of German cinema.

Studio Babelsberg, the oldest film studio in the world, recently hoped for the new German government - and Europe's largest LED wall. Because streaming services like Netflix play the filming locations off against each other globally. They lure with tax dumping and millions in subsidies. Source: Wirtschaftswoche

Hundreds of films, including Fritz Lang's Metropolis and Josef von Sternberg's The Blue Angel were filmed there. More recent productions include V for Vendetta, Captain America: Civil War, Æon Flux, The Bourne Ultimatum, Valkyrie, Inglourious Basterds, Cloud Atlas, The Grand Budapest Hotel, The Hunger Games, Isle of Dogs, and the series Homeland and many others.