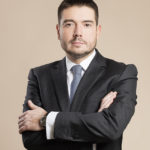 Milan has been practicing law for over 12 years, mostly in Belgrade but also spent 2 years practicing in Austria, working for DLA Piper’s Vienna office.  During this time, he advised and represented a large number of international investors in Serbia and the SEE region.

Milan has significant experience in advising clients on large-scale M&A and banking and finance projects, energy and infrastructure projects, PPPs, and joint ventures.  Milan worked on projects across a variety of industries, including oil, gas and petrochemicals, power generation, transportation, and water. Some of his most recent experience includes acting for Etihad Airways regarding its strategic partnership with the Government of Serbia and acquisition of a 49% interest in Air Serbia, the national air carrier; acting for EBRD in respect of several loans made to commercial banks in Serbia to support the SME sector; advising a leading regional financial group on all aspects of its leasing and project finance operations in Serbia; acting for a leading Austrian investment bank on the potential acquisition of a major Serbian confectionery manufacturer; advising a leading international bank on Serbian law aspects of online gambling operations in Serbia; participated on an EBRD project in connection with the adoption of new amendments to the Mortgage Act in Serbia, in cooperation with the Association of Banks, the relevant ministries and other stakeholders.

Previously, Milan worked as the Managing Partner of Specht Rechtsanwalt GmbH Belgrade office for 3 years where he advised and represented clients on matters including project financing, foreign investment, corporate & commercial law, M&A and privatization. He also served as Head of Legal Committee of the Serbian Foreign Investors Council (FIC) and adviser to the Minister of International Economic Relations in a complex international project finance/concession transaction.

Milan graduated from the University of Belgrade, Faculty of Law and earned his LL.M. from Georgetown University Law Centre in Washington D.C. (with Honours as a Ron Brown Fellow and with the Cali Award for best examination results in International Project Finance and Investment).