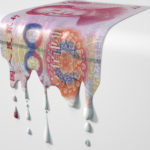 There were 6,642 announced M&A deals in China with disclosed aggregate transaction value of US$540.6 billion in 2016, down 31% and 31.5% year-on-year respectively, according to data released by Chinese deal tracking firm ChinaVenture.

Due to the weaker M&A market and implementation of new policies restricting back-door listings, there was also a steep decline in reverse merger deals that allow private companies to acquire a publicly listed companies to realize an initial public offering. Only 24 announced reverse merger deals were recorded last year, with US$34.5 billion in aggregate deal value, down 55.6% and 12% year-on-year.

Cross-border M&A is a bright spot, however, with US$200 billion in aggregate deal value recorded during the first ten months of 2016, far exceeding 2015's full-year US$103 billion figure. Cross-border deals are getting larger as well, with nearly 40 transactions carrying a price tag of over US$10 billion last year.

The Internet, IT and manufacturing sectors were the three most active industries, with 529, 515 and 487 deals completed last year. They took 14%, 13.8% and 13% of the total deal universe in terms of deal volume.

But in terms of actual dollar value of transactions, financial service, energy and mining, manufacturing was the most actively, with US$39 billion, US$25 billion and US$18 billion aggregate deal value recorded for the year of 2016 respectively.