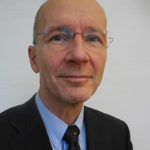 Unlike other Nordic Countries, Finland has been part of the ECB controlled Eurozone since 2002. Prior to this Finland had its own national currency, Finnish Markka (established in 1860). Own currency permitted much-needed exchange rate adjustments towards principal export currencies. Several devaluations increased both export price competitiveness and the costs of imported products. The interest rate was maintained in the double-digit region. However, Finnish national interests in employment, political neutrality, and economy were the driving forces in public sector development. State-supported export-driven business with dedicated bi- and multilateral activities with foreign countries. A major economic recession that occurred in Finland during the first half of 1990’s increased opportunities for radical changes and restructuring. Consequently, Finland joined first the EU in 1995 and thereafter the Eurozone in 2002.

The National Coalition Party (liberal-conservative) Kokoomus became the dominant party in the Finnish government in 2007 after winning the parliament elections, after being absent from the government for over two decades. Their economic platform focused to follow that of the IMF’s foreign economy improvement programs. According to the Nobel prize-winner Joseph Stiglitz, IMF receipt is composed out of the following three main ingredients: privatization of national assets, liberalization of government interference in the markets, and highlighting the necessity of foreign investments in the national economy.

Looking at the government activities until today (at the end of 2018), significant changes in politics, especially towards public property privatisation, has been implemented in Finland from the beginning of the above-stated focus change by a coalition led by Kokoomus, the Social democratic party SDP and the Greens of Finland Vihreät party. A major change occurred in 2015 when, after parliamentary elections, the Centre Party Keskusta replaced SDP but maintained a coalition with Kokoomus. This, however, did not change the doctrine of favouring reduced state assets and foreign investments. Thus, public sector divestments are continued without interruption, which has appeared to be extraordinarily profitable for investors. In what follows, I will examine a few examples of this tendency.

The Finnish state broadcasting company (YLE) sold its broadcasting distribution network company Digita to foreign investors in 2014. Digita owns and manages Finnish radio, tv- and mobile –tv networks including physical nation-wide transmission equipment. Their customers are state- (like YLE) and private tv- and radio-companies as well as mobile- and broadband operators. For instance, YLE has been estimated to pay in Finland to Digita double the amount of comparable service than their Swedish counterpart pay in Sweden. And the fee increases constantly. However, payment is automatic while YLE has the mandate to collect a user fee from Finnish citizens with income tax. Digitas transmission coverage is 99.8 per cent of the Finnish territory which means monopoly position in the market.

Annual operating profit from the turnover is declared vary from the minimum of over 20 per cent up to almost 40 per cent. Even though YLE, and indeed also other broadcasting companies, have complained to the Finnish state telecommunication office and to the Supreme Court about a possible abuse of dominant market position, both have concluded that Digita is operating legally according to the pre-established rules. This is a significant message to investors.

Another profitable disinvestment example is Finnish largest electricity distribution network company Caruna when the state (majority) owned public company Fortum sold 80 per cent of this natural monopoly to international investors with the conclusive decision made by the responsible Minister Pekka Haavisto Vihreät in 2014. It has roughly 20 per cent share of the Finnish market. Caruna owns an electricity distribution network with equipment and cabling which delivers electricity to institutional and private consumers.

Although Finnish Prime Minister Jyrki Katainen Kokoomus declared that this disinvestment would affect neither to products and services nor their pricing to consumers, this declaration did have zero content. Electricity transfer prices have increased rapidly, which is causing significant discrepancy especially to those tens of thousands of consumers who are heating their property with electricity. Caruna is extremely profitable to both new and to its preceding owners of Fortum.

Similarly, another electricity distribution network and district heating company Elenia has extended foreign ownership when the Finnish pension fund company Ilmarinen sold its stake in 2017. Previous ownership change occurred in 2012 when Swedish electricity generation and distribution company Vattenfall sold their shares to investors. Elenia has a 12 per cent stake in the Finnish electricity distribution network. Ilmarinen owns 20 per cent of the national electricity grid. Interestingly, also Caruna owners have a significant position in the same national electricity grid.
Looking at interesting investment opportunities, the Finnish public health care system is currently under a major reconstruction. The principal change is that traditional public health care services can be provided also by private companies. The private offering has complemented public services for some years already by now, particularly in capacity shortages, but the intention of the new model is to open the market completely to private suppliers. The health care services continue still to be paid by public budget but partly also by consumers. The only exception is constituted by very demanding health care that will still be offered by publicly administrated and maintained central hospitals. First changes in this direction were introduced in 2016. The current plan suggests running the new model from the beginning of 2021. This change in publicly funded health care industry offers rewarding profit incentives and opportunities on multiple levels.

But why invest in Finland? Although there are only 5.5 million inhabitants in a larger territory than Italy, plenty of utilities related opportunities still exist. Even if public education funding has been decreased by the latest governments, the level of human capital, knowledge and skills remain competitive. Thus, with an open hand of Finnish politicians, international investors like multinational companies can reach in Finland dominant position in the market, aim of their centrally managed global strategy.

According to the consulting company EY (2017), Finland is the most popular target for Foreign Direct Investment among the Nordic countries. As the above cases demonstrate, FDIs are currently favoured by both political climate and legislation in what could be termed as the “Finnish privatization model”.

To summarize with the words of Finnish Ministry of Finance Alexander Stubb Kokoomus at the end of 2015 that “we have to procure more investments to come to Finland, (to obtain) more capital”.

When Finland has demonstrated fully compliant to IMF’s globalization doctrine, it is the opinion of the author that this could be the perfect time to select privatized formerly public assets to the investment portfolio, as these utilities will generate a steady stream of competitive profits for the foreseeable future. It has been speculated that the Finnish government is also willingly to decrease its ownership further in the state-owned petrochemical company Neste Oil. Given all the above, this seems highly likely.