Saudi wants OPEC to solve own problems before meeting non-OPEC 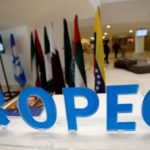 DUBAI/LONDON Top OPEC oil exporter Saudi Arabia has told the producer group it will not attend talks on Monday with non-OPEC producers to discuss limiting supply, OPEC sources said, as it wants to focus on having consensus within the organization first.

The Nov. 28 meeting in Vienna was planned to discuss the contribution that producers outside OPEC will make to a proposed supply-limiting agreement. OPEC oil ministers meet on Wednesday in an effort to finalize their deal.

"There is an official letter from (Saudi Arabia) saying (it is) not attending the meeting because the ministers should agree to the cut and then present the agreement to non-OPEC countries," an OPEC source said. "This will be more effective‎."

The Organization of the Petroleum Exporting Countries is trying to cement a preliminary September agreement in Algeria that would reduce its production to between 32.5 million and 33 million barrels per day, its first supply curb since 2008.

OPEC aims to remove a supply glut and prop up oil prices, which at below $48 a barrel are less than half their level of mid-2014. Oil prices extended an earlier decline on Friday after news of the Saudi no-show.

Monday's talks will be converted into another OPEC-only meeting, OPEC sources said, to try to resolve the group's internal differences before the ministerial gathering on Wednesday.

A similar OPEC and non-OPEC meeting in October resulted in no specific pledges from outside producers to cut output, with attendees citing the lack of an internal OPEC agreement.

Saudi Arabia had asked that this earlier meeting be called off, but was convinced by other members to attend in order not to embarrass the group, a source said.