The world's first carbon-neutral brand of its kind

Eco Hotels, the world’s first carbon-neutral brand of its kind, has developed a 3 star offering with The Eco TM and a 2 star offering called Ecolodge TM for roll out in BRICS and N 11 economies.

Phase I Launch by refurbishment and rebranding of existing hotels

Return on Capital estimated to be 5 x in 5 years. 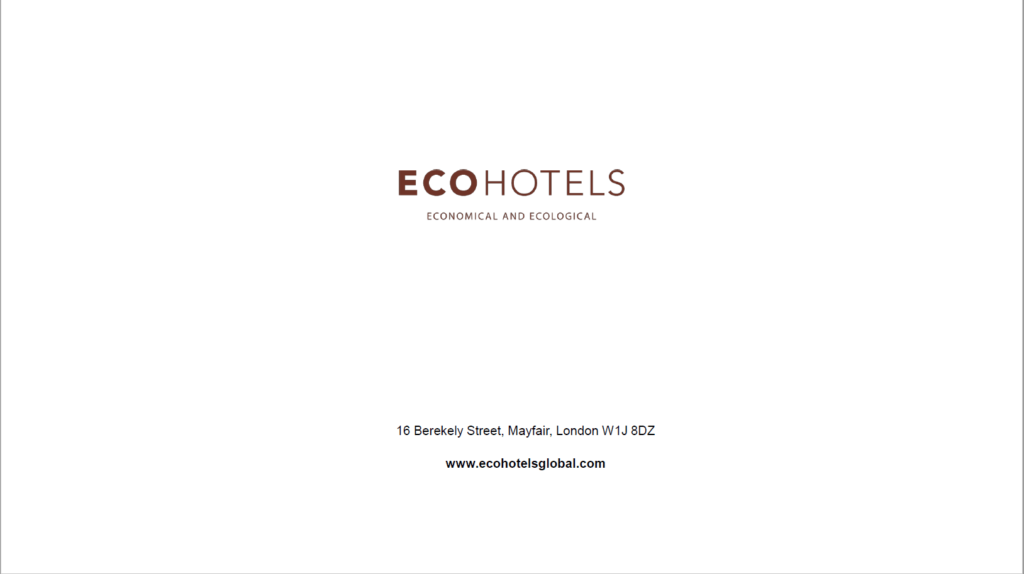 Eco Hotels has developed “a turn key hotel development programme that offers an end to end asset and hotel management solution for international and domestic investors".